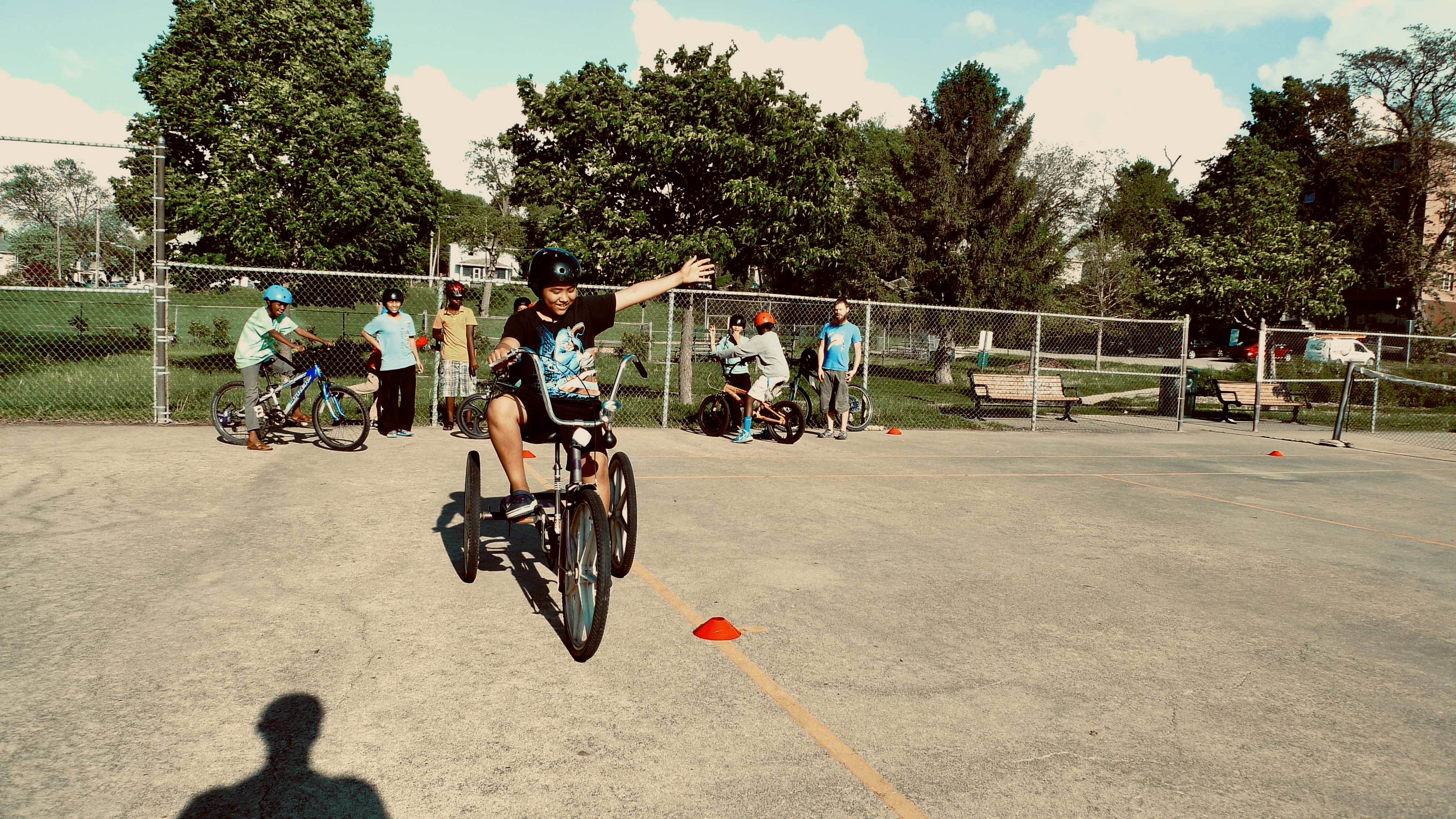 Heyo, I guess I’m obligated to jump on this train huh? As it lies, I have more bikes than I could manageably post on this blog so not all of them are likely to show up here, but I am absolutely giving you guys a look-see of my favorites. First up is a cherished possession of mine that I just plain enjoy to ride and admire. It’s a 1982 Trek 720 Frameset with a load of goods on it.

The story goes, Adam (the uhhhh shop manager guy) gave me this frame and fork for watching his dogs while he went out of town, and I built it up in to this gosh darn dreamboat of a bicycle. The frame is made of Reynolds 531 tubing with nice, simple, but attractive lugs, and dark root-beer-ish paneling on the headtube and seattube. It’s a 56cm, which is admittedly a size or two too small for me, but that’s what long seatposts and tall stems are for, right? Other frame features include a Cinelli bottom bracket and Campagnolo dropouts If anyone out there has an identical 58 or 60cm frameset I’ll trade ya.

When I was scheming for this build, I had 2 real talking points, and the rest was up in the air. I had been slowly amassing a collection of DuraAce 7700 parts, and I had a set of 650b rims and Rivendell tires. I’ll talk about the wheels now, I suppose.

I opine that 650b is the holy wheel size. 25mm bigger around than a 26 inch wheel, and 38mm smaller than a 700c one. Commonly found on old french randoneurring bikes, and now essentially everywhere you look. I did a funky-fresh trick on this bike (meant for 700c) and got some long reach brake calipers (made by tektro) so that I could use these wheels. Since they’re smaller in diameter, I’m able to use a larger tire than I would have been able to with a 700c wheelset, and I also drop the bottom bracket down a few millimeters while also lowering the trail dimension of the front end’s geometry. For tires, I was riding Rivendell Fatty Rumpkin 650b x 41.5(or so) tires for a while, but recently switched to Surly’s knard in a 650b x 41 (for getting knarly) theres ample clearance for a 43 or so, but who’s got time for that? I built the rims (a cheap set of Zac19’s that I’ve had forever) to a set of 32h DuraAce hubs. I’ve contemplated setting them up tubeless, but the rims are kinda crummy so I’m waiting to buy some Velocity’s.

Another highlight of the overall build is a (nearly) full DuraAce 7700 drivetrain. I accumulated it over a few moths or so and decided to throw it all together on a bike when I finally got a hold of a 32h hubset (which spins buttery smooth). Shifting is set up with bar ends in friction 9spd and an XTR M950 11-28t cassette plus the stock 53/39t chainrings up front. This makes for a pretty difficult bike to ride but I feel it adds a classic masochism to an otherwise #chillaxed touring bike. I should note that I’ve got a 7400 front derailleur and headset on it, but who’s counting?

Other notable parts and pieces include VeloOrange Rando bars in 50cm, a 70mm Nitto Technomic Stem, and a VeloOrange Constructeur Front Rack. It rides like a dream!

Previous:
Our Bikes (part two)
Next:
Another Jacob Bike